In 1265, Bohemian Czech King Přemysl Otakar II chose the confluence of the South Bohemian rivers Vltava and Malše to found the city of České Budějovice, to strengthen his position of power in South Bohemia. The regular layout of the royal city with numerous religious and secular buildings, the centre of which is formed by an equilateral square with an area of over one hectare, is among the highlights of medieval urbanism.

The main feature of the square is the Baroque town hall building, whose grandeur reflects the importance and economic boom of the city at the time.

We take the liberty of inviting you on a tour of this significant monument, during which you will see, among other things, the interesting blend of historical and modern interior design, original statues of the bourgeois virtues by Josef Dietrich which were formerly located on the town hall attic, the original status of Samson from Samson's Fountain and the ceremonial hall with a ceiling fresco of Solomon’s judgement. From the viewing terrace on the roof of the town hall, you will have a wonderful panorama of the city.

The first record of the town hall in our city dates back to 1387. The first town hall was built on the corner of today’s Biskupská and Radniční Streets. No information about its appearance has been preserved. After 1433, the town hall was relocated to today’s Přemysl Otakar II Square into the Knoll and Terczenbuchov Houses, which were joined together during the construction work and rebuilt several times in the course of the 15th and 16th centuries.

The extensive façade bears the city’s coat of arm under the central window, surrounded by the county coats of arms of Moravia, Bohemia and Silesia. The four allegoric statues located on the attic depict the bourgeois virtues of Justice, Courage, Wisdom and Caution.

It is impossible to overlook the copper, dragon-shaped gargoyles on the facade. A “Viennese elbow” is cemented into the left corner, measuring 0.77 m, which used to serve as a control measure. The façade of the town hall bears a memorial plaque from the year 1935, which recalls the visit by T. G. Masaryk in 1918 following his return from exile.

In 1995, within the framework of the 730th anniversary celebrations of the city’s foundation, chimes were installed in the central tower which can play 41 melodies that can be variously combined.

The most recent extensive reconstruction of the town hall was performed in the years 1997 – 2000, when the new council wing was built. The town hall courtyard was opened to the public, and there you can see the status of August Zátka, an important politician, businessman and patriot. In summer, various cultural events for adults and children alike are organised in the courtyard.

Do not miss the opportunity to tour the historical building of the town hall with an expert commentary, and take home a unique experience from České Budějovice. 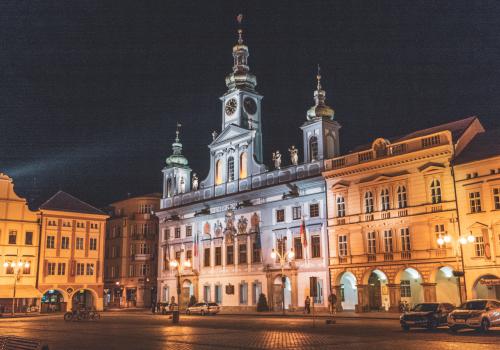 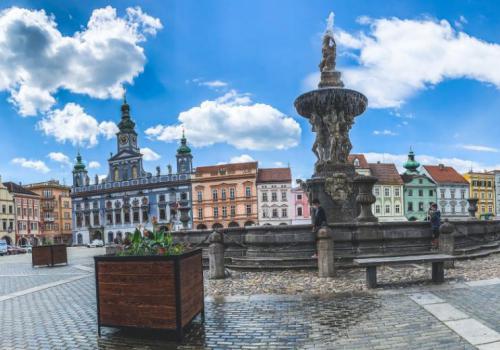 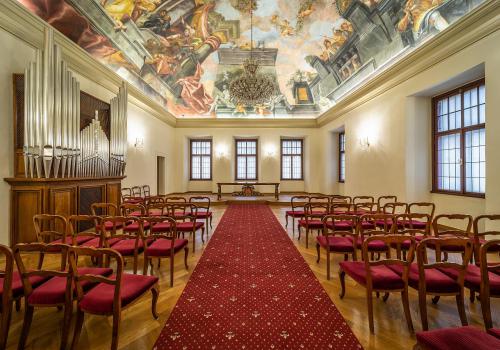 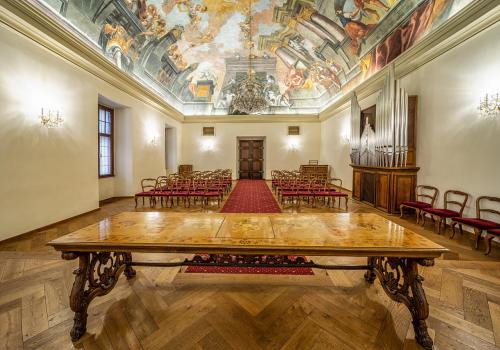 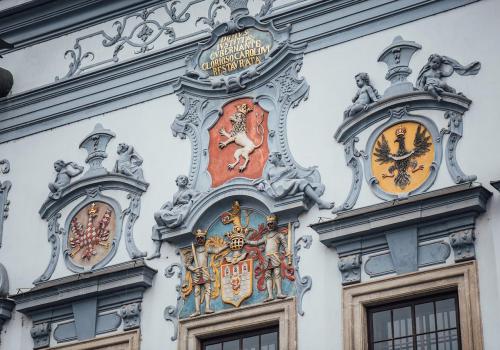 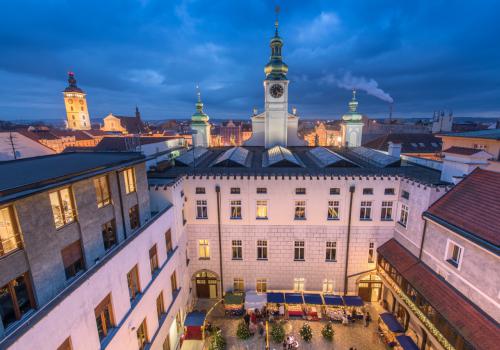 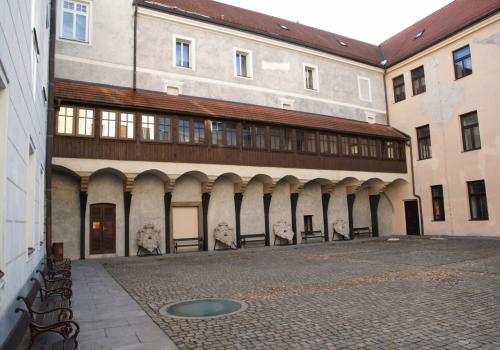